Severed Hand Is Sewn Back On By Surgeons from Jasło 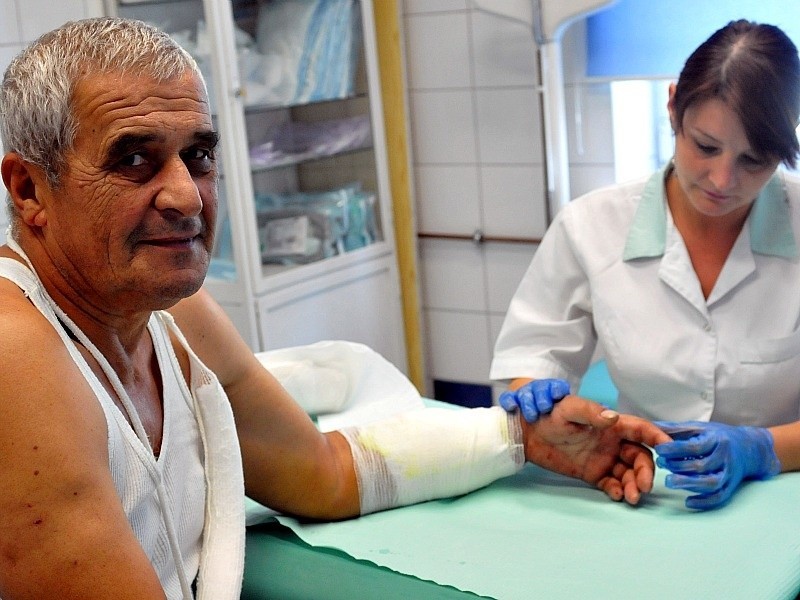 Text: Anna Gorczyca, Nowiny 24
photos Tomasz Jefimow
Zbigniew Antas vaguely remembers the events of that morning. He was sawing firewood. Suddenly he felt a strong burning sensation in his forearm. He looked and saw a part of his forearm fall to the ground.
At the same time, Andrzej Iwaniec, deputy head of the department of orthopedics, traumatology, hand microsurgery and surgery at the Specialist Hospital in Jasło was conducting the first of six orthopaedic procedures scheduled for that day. When doctors found out that the ambulance service was taking a patient to the hospital for urgent replantation, they cancelled the remaining scheduled procedures. There is only one operating room in the department. A team assembled quickly: four orthopaedists (Andrzej Iwaniec, Wiesław Małek, Piotr Bęben, Wiesław Krajewski) and two anaesthesiologists (Sławomir Dunaj and Maciej Szybieniecki). For the next seven hours, they were going to sew on a severed hand in a 59-year-old patient from Bączal Dolny. The left forearm was cut off, slightly obliquely, between the wrist and the elbow – recalls Andrzej Iwaniec.
How come?
I still can’t understand why it happened – says Zbigniew Antas.

I was very weak after many hours under anaesthesia, but I remember that my right hand immediately reached for the left one. To check if it was still there. He could feel it under the bandages. It was there!
He still can’t help doing it. Every now and then he touches the fingers protruding from under the bandages and gently moves them. – You can check that they are still warm – he says.